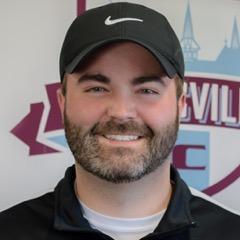 Todd County Central High School has hired a Matt Harper as Lady Rebels Head Soccer Coach. Coach Harper is a nationally-licensed coach from Hopkinsville, Kentucky. He started his young coaching career in 2015 as an assistant coach at Caldwell County for the middle school girls and boys varsity teams. In 2017, he became the head coach of Trigg County's girls varsity team who proceeded to win a district championship, progress to the regional semifinals, and score a school-record number of goals scored (103) by the end of the season. During this time, he also began working for Clarksville Soccer Club in Clarksville, Tennessee, where he continued to work with players around the area and develop their skills every week.

On joining the coaching staff at Todd County Central, Coach Harper stated, "I couldn't be more excited about the potential that I see in this place. I feel welcomed and happy to be working in an incredible community like this. In terms of the future of the Lady Rebels Soccer program, I truly believe that the players here can achieve great things for themselves this year, and I'm honored to be with them on this journey."